Professionals at the time wore a single strip with the entire council name and are referred to as Half Strips. 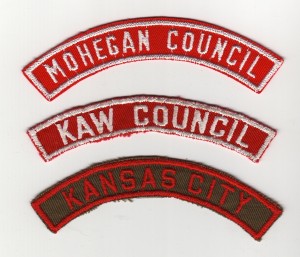 Before this, they were the same things except for Khaki & Red strips. 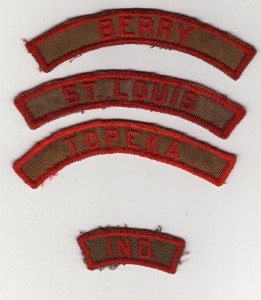 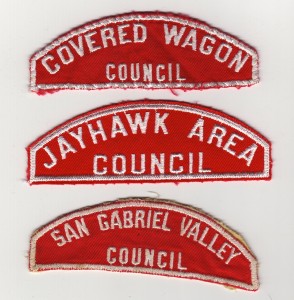 There are many varieties of these strips as councils changes names and merged over the years. This category of Boy Scout collecting has really picked up steam in the last several years with some strips selling for over $1000.